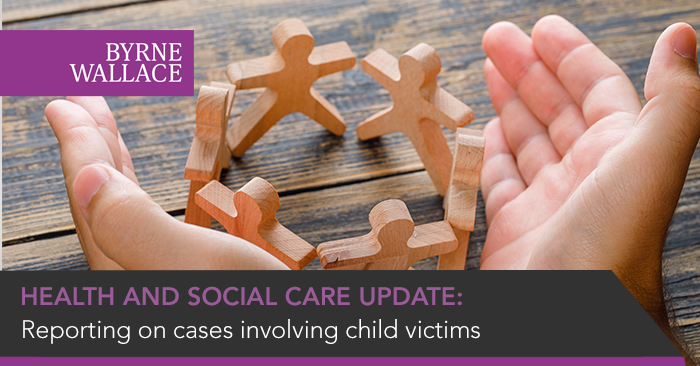 The passing of the Children (Amendment) Act 2021 has made it possible again to identify deceased children in reports on proceedings in which they are the victim.

In the C case, the respondent had been charged with suffocating a minor. The case came before Mr Justice White in the Central Criminal Court who imposed reporting restrictions preventing the identification of the deceased child. Unhappy with these restrictions, media outlets brought an application to remove them. It was argued on their behalf that Section 252 only applied where the child victim was still alive. They conceded that this was not explicit in Section 252, and their application was refused.

The media appealed this to the Court of Appeal. Mr Justice Birmingham on behalf of the Court rejected that appeal, upholding the restrictions and the interpretation placed on Section 252. The wording of the section was clear: it did not exclude the deceased from its operation, and any other outcome would require the intervention of the legislature.

This had implications for a number of cases then before the courts, preventing the identification of child victims who had on common understanding been identifiable immediately before. This led to considerable clamour for change and on 26 April 2021 the Oireachtas passed the Children (Amendment) Act 2021. With its one substantive section, now commenced, the 2021 Act amends Section 252, removing the restrictions on reporting the identities of deceased children while retaining the protection for living children.

For further information or advice, please contact Louise Carley and John Anthony Devlin or any member of the ByrneWallace LLP Health and Social Care team.